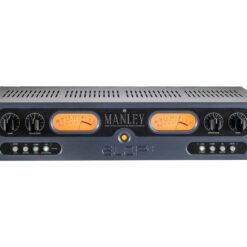 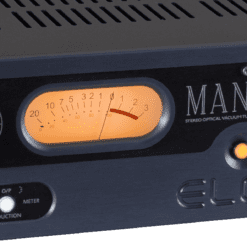 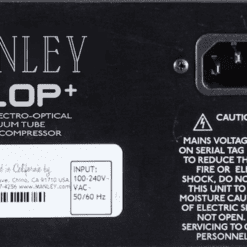 Since the early 1990’s, the Manley ELOP® stereo electro-optical limiter has been a tracking hero – effortlessly controlling dynamics on countless records around the globe and delivering the coveted classic, all-tube sound for which Manley Labs is known. This LA-2A type unit allows for deep amounts of limiting without loss of high frequencies: it literally works (and sounds) like a changing volume control.

The original was super easy to use, with supremely natural sound, and has often been the perfect choice for superstar vocals.
So how do you improve on something this good?

The original Stereo ELOP®, or Electro Optical Limiter, was one of the first Manley products from the early 1990’s. With its through-hole printed circuit board construction and hours of tedious hand-looming, it sure looked like 1992 inside the chassis.

The unit was scrubbed for buildability, embracing modern production techniques. Importantly, the power supply was upgraded to Manley’s proprietary MANLEY POWER™ universal voltage Switch Mode Power Supply, which lowered the noise level and made the unit a true world-traveler.
We’ve also added a 3:1 compression ratio feature which opens up the doors to greater versatility, especially for 2-buss applications. With careful reference to our sonic past, we have deployed our highest performance vacuum tube line amplifier and White Follower output stage in this new version, all housed in a build-efficient chassis behind a drop-dead gorgeous precision-CNC-milled faceplate – all proudly made in America, of course. The new Manley ELOP+ is everything you love about our legendary ELOP, plus!