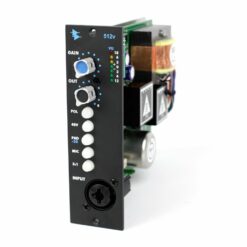 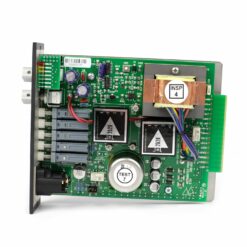 Punchy. Open. Musical. These are the words award-winning producers and engineers use to describe the sound of the API 512v 500 Series Microphone Preamp. For over 50 years artists have been using API preamps to bring their recordings to life. Add the classic API tone to your 500 series rack with the 512v Discrete Mic/Line Pre.

LEGENDARY SOUND The API 512v is a 500 series mic/line/instrument preamp that expands upon the legendary sound of the original 512c preamp. In addition to the standard controls of the 512c, the 512v also includes three new features designed for the modern engineer.

THE API LEGACY With 500 series modules growing more and more popular by the day, it can be surprising for many to hear that Saul Walker of API invented the first modular signal processors in 1969. Shortly after the release of the their first console, API quickly became the leading console manufacturer for radio and television networks. It didn’t take long for recording studios to catch on, and soon API began receiving rave reviews from engineers and producers for the tonal quality of their preamps. To this day, over 700 API consoles are in use across the nation and around the world. Albums like Rumours by Fleetwood Mac, Wasting Light by Foo Fighters, and Van Halen’s eponymous debut are shining testaments of the quality and range of API preamps like the 512v.